skip to main | skip to sidebar

Sorry state of affairs of BC prisons for women! 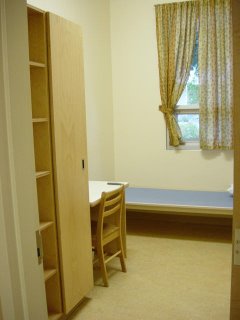 Good evening all from France.
The following is a transcript of a letter written by Nathalie Gettliffe in prison.
It is dated August 26th but arrived in France I believe the 2nd week of September.
Rather sad the state of affairs for Nathalie.
Please take the time to read it.... I believe it to be an accurate reflection of the state of BC prisons.....
Perhaps others would like to comment as to whether the same happens in other Canadian prisons for women.
If so, I think it is time for decent Canadians to speak out!
In the meantime, I ask all people of goodwill to take the time to pray for Nathalie and her children.
"more miracles are wrought by prayer than this world can imagine"
God Bless!

Since I have been incarcerated at ACCW, I
have gone several times on emergency or
scheduled escorted temporary absences. On August
25th, I have talked to Mat Lan, deputy warden
regarding basic human rights concerns that I
have, having witnessed a wide variety of
practices from guards escorting me, a female
over 6 months pregnant.
I would like to reiterate my complaint
Concerning certain practices as well as to seek
clarifications as to the current set of practices
or accommodations in your escorting policy
for females who are pregnant, women in
labour, extended stay at the hospital with a new
born baby and transport of a mother and her
infant for court appearances.
So far, this is what I have witnessed. I
was never given a choice as to the type of
restraint that I could have when escorted.
I was consistently handcuffed when going to
the hospital or the maternity clinic. This might
be the best choice when appearing in public
as I can only imagine how traumatizing it
would be when I appear with foot restraint in the maternity
clinic full of children under 5 years old. At
least, I can hide with a coat my handcuffs
so they don’t have to see a very pregnant mother
under restraint. However, being hand cuffed and
pregnant presents the possibility of falls as
pregnancy and inbalance go together. I
have seldom seen any guards willing to
help me walk (even when I had contractions)
or climb stairs.
When I go to the bathroom, sometimes to
Give a urine sample to check for bladder infection,
I was told by Suzanne Tarlier, my case
manager, that I would be left alone with
no handcuffs. On one occasion, a guard
refused to leave the washroom and I had
to give a urine sample in front of her. On
another occasion, the guard forgot her key and
could not take the handcuffs off me. I
had then the pleasure of trying to give a
urine sample with handcuffs on. The
assistant at the maternity clinic told me that
if I could not do it with the handcuffs, it
was not a big deal. Given the various bladder
infections that I have suffered during my
incarcerations, I think that it is of utmost
importance that I be able to give a urine
sample every time I go to the clinic. This would
also allow ACCW to maintain its current
health standard as better than in the
community (sic Amy Slater, health nurse at ACCW).
When going to the maternity clinic, I
have to climb on the examination table with
no help as I am still handcuffed ; I have
to lift my dress while handcuffed ; I have
to lift my dress while handcuffed, lie
down and get up with no help and still
handcuffed. Best of all, during my last
visit when I had an internal exam, I
had to take my underwear off and try
to lie down with my shirt up and put
a cloth to hide my private part. Being
unsuccessful for the latter part of the
request, I was left half-naked in full
view of the guard while the doctor conducted
her internal exam. Even the doctor did not
help me get off the table. I felt violated
by the guard and I strongly think that there
should be a curtain of somme sort (as in
the hospital) to prevent the guard from
watching me while being examined. I don’t
even think any guard should be in the
examination room as I can not talk
privately to the doctor about my concerns.
I have gone three times to the hospital
for emergency reasons. On two occasions,
I was shackled with one leg attached
to the bed while the guard was in the
room. I was admitted once overnight
and had to sleep with my leg shackled to
the bed without having the possibility to turn
from one side to the other to make
myself comfortable and with having to ask
everytime I went to the washroom to be
unshackled.
All the incidents that I have mentioned
occured while I was very pregnant (in my
third semester) unable to walk at a
regular pace, in labour or on a wheel
chair. My medical conditions did not allow
me to be a flight risk and yet I was
repeatedly over-restrained and not offered
help. I have felt at times as if I was
just cattle ( the guard driving too fast, the
windows not being down for air), when I
am a human being carrying a human live
within me. Considerations and help from
guards would go a long way to restore
some of my dignity that I am entitled to
as a pregnant woman.
From what I understand after the
conversation that I had with Mat Lang, pregnant
women are treated the same way as a
250 pound muscle male inmate. I strongly
believe that if ACCW is to accept pregnant women
and mothers with young children, some
considerations should be clearly drawn in
the escorted medical temporary absences policy. We
are a special population that requires
protection and special care not additional
stress. Our dignity should be respected.
I trust that you will be able to draft
some recommendations to modify your current
practices and I look forward to hearing
from you regarding the rest of my concerns
mainly, restraint and transport for women
in labour, mothers with new born in the
hospital and transport of mothers with infant
to court.

CC : Francis GRUZELLE, common-law husband and
journalist
Louis RIPAULT, private investigator in charge of
communication with the UN rights commission
regarding the conditions of my incarceration
Posted by Moderator at 10:27 AM